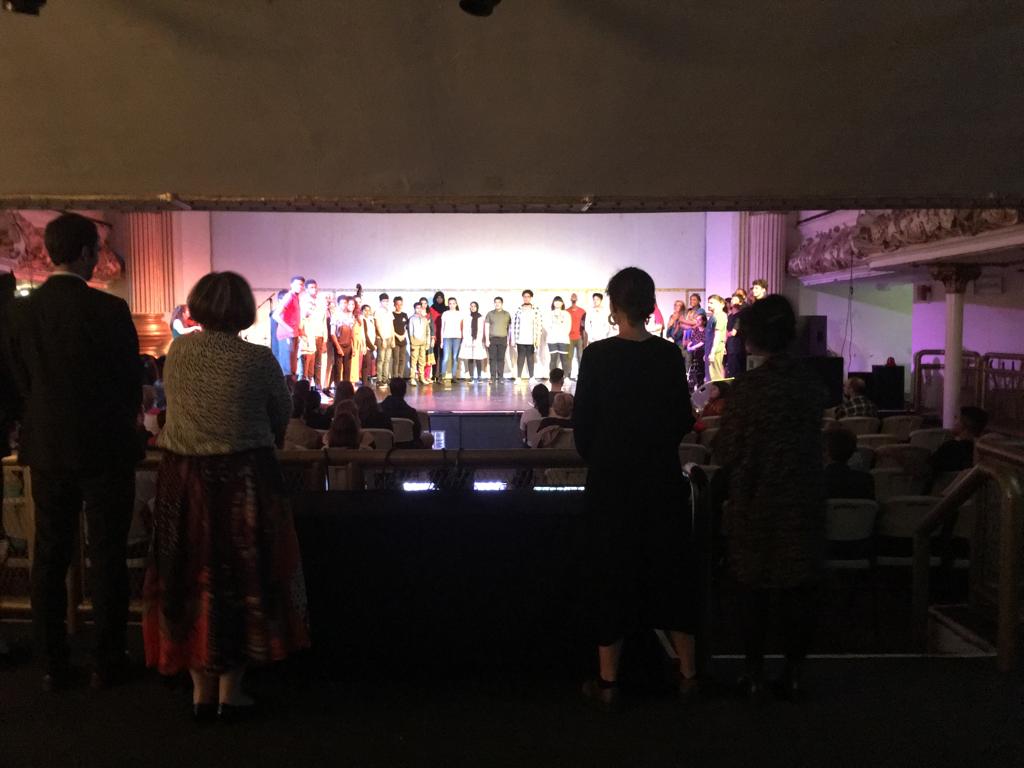 Making Manchester is a multi-media performance collaboration with Olympias Music Foundation, artists and Dean Trust Ardwick (DTA) secondary school in Manchester. Using live music, poetry written by Poet Shamshad Khan and physical theatre; the work explores how unique family histories and communities’ shared experiences of migration are woven into the socio-cultural fabric of the city and its people. Presented at Niamoss and The Royal Northern College of Music (June and October 2019).

Research and development for Making Manchester began as early as November 2017, with meetings between Olympias Music and historians from Our Migration Story. Both organisations were winners of their respective categories at the national Community Integration Awards 2017, where they met in London.

In May 2019, Olympias Music was awarded funding from Arts Council England towards the next stage of Making Manchester – developing the musical substance of the work, through workshops with the pupils at DTA, alongside Manchester poet, Shamshad Khan, critically acclaimed Manchester five-piece, Kabantu, contemporary music group, the Vonnegut Collective and composers, James Whittle and Hayley Suviste. Two performances of the work will took place at The Niamos Radical Arts Centre and  Royal Northern College of Music as part of the New Music Manchester Festival June and October 2019